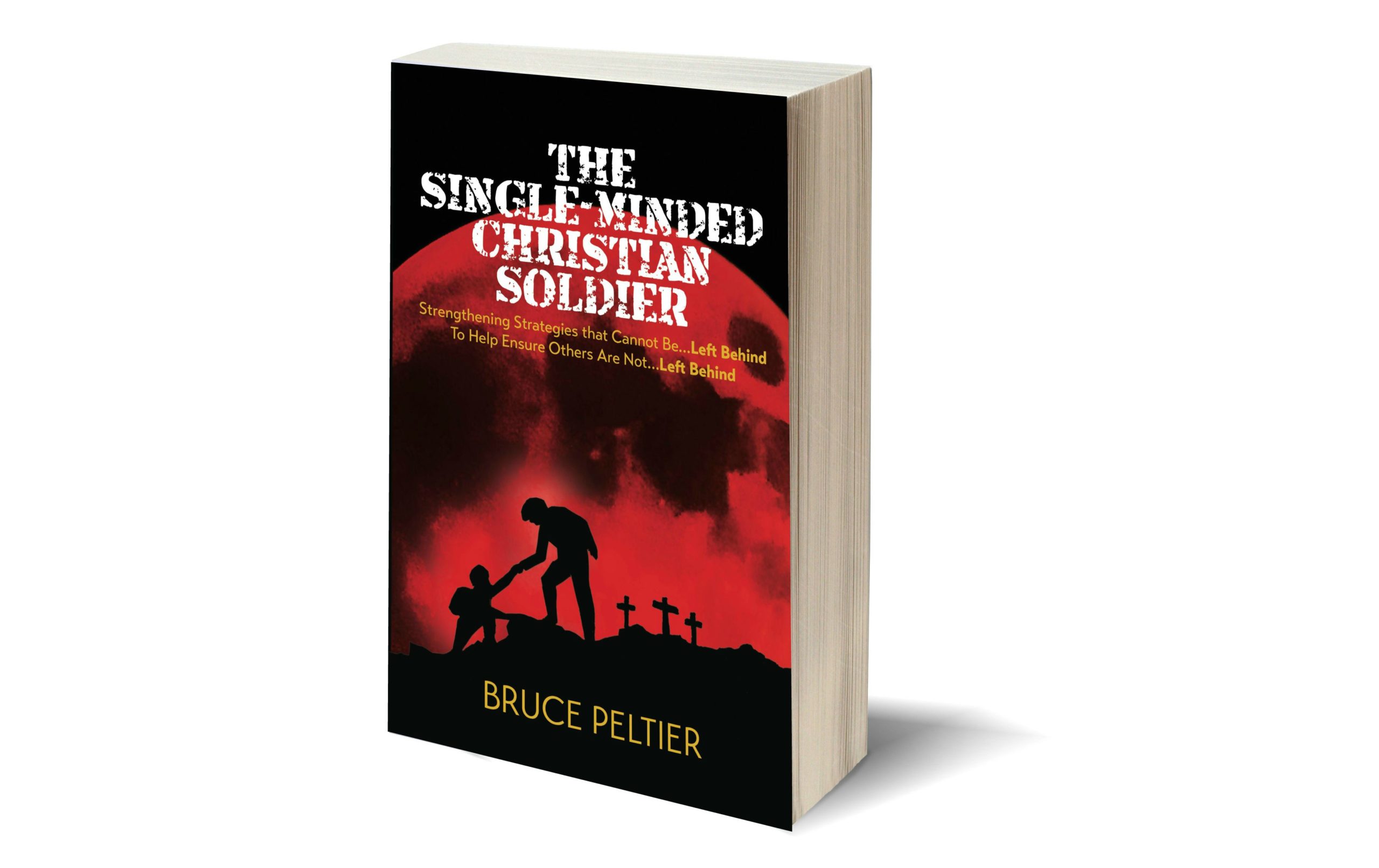 NASHVILLE, Tenn. (March 22, 2015)–Selah Press announces the March 13 release of The Single-Minded Christian Soldier: Strengthening Strategies that Cannot Be…Left Behind To Help Ensure Others Are Not …Left Behind challenges readers to examine themselves regularly using the 36 strengthening strategies presented in the book.

Author Bruce Peltier was prompted to write The Single-Minded Christian Soldier after he was deeply moved with compassion while LaHaye’s and Jenkin’s Left Behind series. The books depict end-times problems and the mass chaos faced on Earth by those left behind after millions of people instantly disappear because of the Rapture. The Left Behind series had a profound effect on Peltier because of his experience as a Christian, teacher and pastor for decades taught him that the fictional Left Behind books were grounded in Scriptural truth—especially the part about unbelievers being left behind.

Peltier’s mission with The Single-Minded Christian Soldier is to “rally the troops” or challenge his brothers and sisters in Christ to “step up” their efforts as the battle heats up and the Enemy seems to be taking our territory. The author’s military background makes the severity and reality of leaving others behind all too real for him. A soldier prepares, executes and fights to make certain he does not leave anyone on the battlefield. Similarly, Peltier believes we are all in the race and battle of life on earth together.

The Single-Minded Christian Soldier is jam-packed with insights for effectively Christian living, but it is also a unique mix of wit, intellect, fact, fiction and sarcasm intermingled with spiritual topics.

If you are passionate about others being saved, and you are open to learning with humor and your toes being stepped on a bit from a decorated military veteran, pastor and owner of two successful businesses—this book is for you. The Single-Minded Soldier is available in paper back for $9.99 and Kindle for $3.49.

About Bruce Peltier
Bruce Peltier is a longtime entrepreneur who runs two successful businesses. He has served in ministry for more than 40 years in some capacity, with several years as a bi-vocational pastor. He is proud to have been a soldier in the U.S. Army, following in his father’s footsteps and inspiring other relatives who also currently serve. He and his wife reside outside of Nashville, Tennessee.

About Selah Press
Selah Press is a one-stop-shop for book publishing, author coaching, platform building, business coaching and author services. Selah Press services and coaching helps you break down the mountains that have previously held you back into easy-to-manage ant hills. Selah Press takes NO royalties and charges NO ongoing fees. You retain the copyright, royalties and control of your book.

To schedule an interview or request a copy for review, contact:
Selah Press
Email: info@selah-press.com
Phone: 971-563-1498